Once I had the Fortune Auto Coilovers and wheels on the car, I enjoyed the car plenty. I took it to local meets hosted by Saké Clan who are a group of local automotive enthusiasts. Got to meet some people who were fellow FR-S owners and they helped fuel my desire to go to the track as soon as possible. I was pretty particular about holding off of anything till warranty period was up but obviously, I eventually caved. I bought the wrong car to keep stock, at least for me. After a lot of reading, I knew I wanted more power and wanted the car to sound nicer. I really wanted to make the most out of this car in its NA form. I wanted boost, I still do but I’m not ready for that kind of power (or wallet damage) just yet.

I opted for a JDL UEL header after reading many dyno charts and testimonials from other owners. I know that as far as NA goes, any catless header will do. If money was no object and I really wanted to pinch every little bit of power out of the car, I would have gone with a Ace 4-2-1 header with an Ecutek custom tune. But I wanted more midrange power instead of top end so I went with the UEL (unequal length) instead of the EL (equal length).The header was beautifully made by JDL. The welds were fantastic, the collecter was crisp, and the flanges were nice and flat. I had added the Cerakote option to help dissipate the heat on the header as well. JDL’s lifetime warranty to the original owner is pretty sweet too and the sound clips I’ve heard from many owners was just the tone I wanted. An HKS foam filter replacement was in order as well based purely on data provided. I used the existing stock airbox and snorkel since it was already very proven to be efficient. A cold air intake would not only be a huge waste of money, but also would probably require MAF voltage tuning. 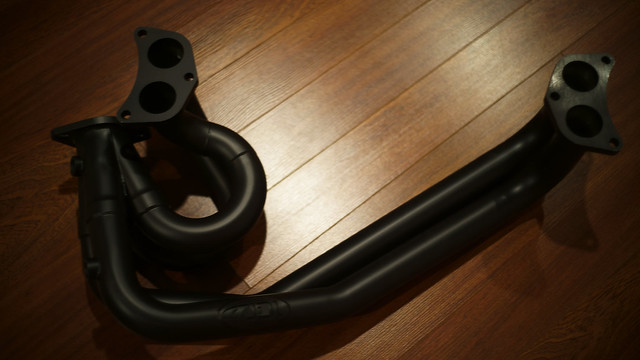 With this new header being catless however, I had to get a tune. I picked up an OFT around the same time I picked up the header and flashed the ECU to a Stage 2 91 octane map (I still try to use Petro 94 or at least Esso 93 with this map since quality of gas is lower than it is in the States). I drove around for some time without pushing the car so the ECU would learn the new map and did some data logging to monitor all AFR, fuel trims, and knock correction. The car from factory also suffers from a very loud fuel pump that makes cricket sounds. It seems like using anything with ethanol content triggers it. Using Shell V-Power 91 Octane minimizes it greatly but Petro 94 makes the car sound embarrassing at a stop light.

As most owners tend to sell the OFT, I think it’s a really great purchase to hang onto, especially if you like data as much as I do. The OFT allows for data logging and gives a nice display of customizable data points for viewing. I’d like gauges going to senders instead of reading data through the OBDII port, but those costs can easily add up if you’re choosing good quality gauges and sending units.